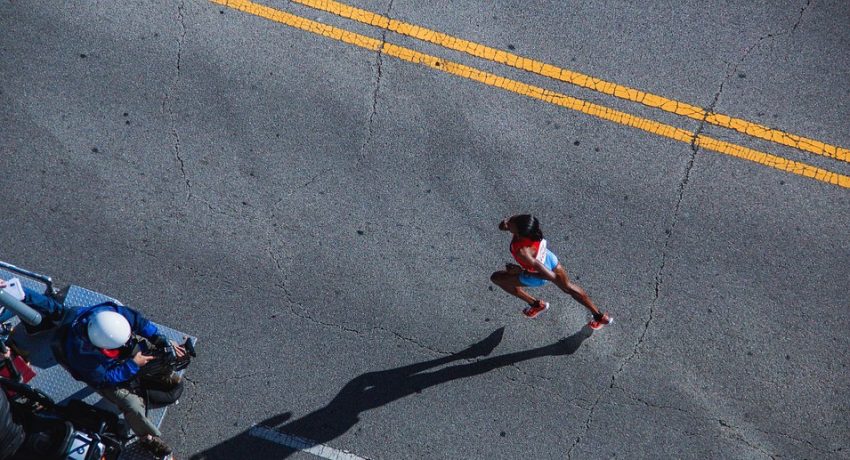 UCL Business is delighted that two of its staff have put their best foot forward and scored a victory in the fight against cancer and in support of mental health.

Ellie Bertram, Contracts Manager for UCL Consultants Ltd. and Vicki Gwilliam, Patent and Agreement Adminsitrator for UCLB’s Patent Portfolio team, both successfully crossed the finishing line at the end of the gruelling 26 miles of the Flora London Marathon last week.

Their success signifies almost £4000.00 raised for their chosen charities, a remarkable feat and a fitting reward for their dedication and training.

For Ellie, a marathon novice, the feeling of accomplishment was overwhelming: “I was running for Mind, the mental health charity because of the great work they do in supporting 20,000 people a year regarding mental health issues.  Completing the marathon and raising £1,800 in the process is my greatest achievement so far and I’m immensely proud of my medal.”

Ellie decided to run the marathon because she felt drawn to the atmosphere that sees thousands of people selflessly give their all for others: “I wanted to run the marathon, perhaps because it such an emotional event to watch (with lots of people running in memory of loved ones) and I wanted to be a part of that.  Also, the crowds just carry you along and the further you run, the better the buzz at the end.”

So, will that be the first and last marathon for Ellie? “I wouldn’t say no to doing another one and I would definitely encourage anyone to give it a try at least once.”

She may have picked up the marathon bug from colleague Vicki, who is a seasoned marathon veteran: “This wasn’t my first marathon – I did one in Norway last year for Cancer Research UK (which was a lot quieter than London!), but decided to do this one for Macmillan Cancer Support after a close family friend died of stomach cancer last summer. I’ve so far raised £2042, which I am really happy about, and it definitely made running the marathon more emotional – knowing that I was raising money for such a worthwhile cause.”

So, how did Vicki catch the marathion bug? “I’ve been running since school and so it was just a natural progression to do a marathon! I would definitely do another, although not for a few months! I think this is something that everyone can do and should do, just to say that they’ve done it! The London Marathon is a great one to do too – the crowds are great, and the support coming along the embankment just carries you to the finish!”