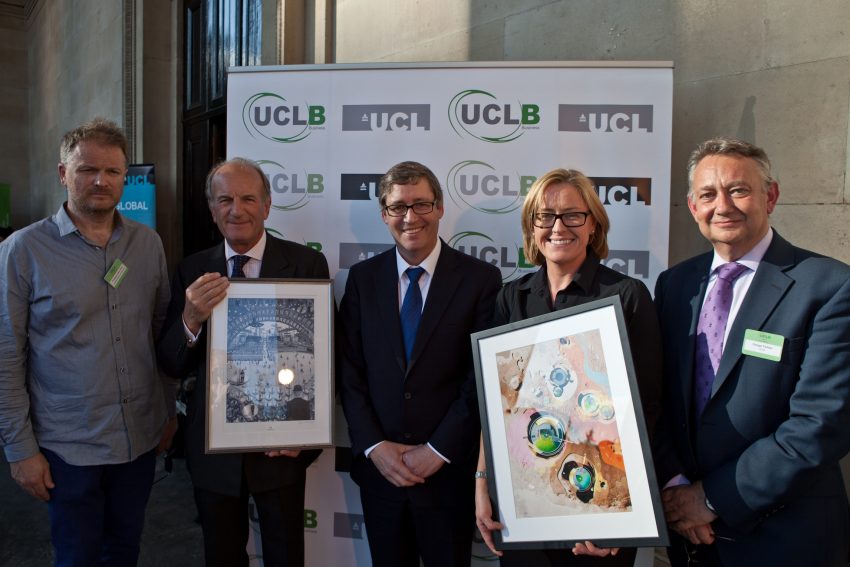 The evening was set against the backdrop of the neo-classical UCL Portico and the newly renovated Flaxman Gallery. The event provided an informal networking opportunity for UCL’s researchers, guests of UCLB including representatives from UCL’s spin outs, industry, venture funds and many other collaborators to promote UCL Enterprise and demonstrate the benefits of technology and commercialisation taking place at UCL.

UCLB’s Managing Director, Mr Cengiz Tarhan, addressed guests and outlined some of the company’s major achievements over the last 12 months. 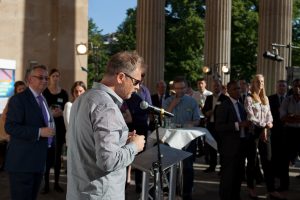 The final speaker was Professor Stephen Caddick, Vice Provost for Enterprise, who spoke about the importance of technology transfer and UCLB’s successful role within the university. 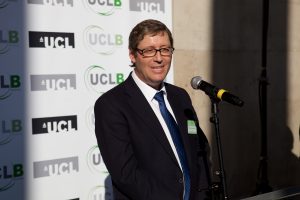 The presentations were wrapped up with the winners of the UCLB prize draw. This year’s winners were Trish Greenan, Director at UCL Consultants and Mr Chris Marsh from Novella Communications, who each received an exclusive signed print from The Bartlett.