In the lead up to International Women’s day, Professor McIntyre explains that Sophia Jex-Blake inspired him to write a book on women in medicine because it was she who was the most vocal and pioneering advocate for the medical education of women. Owing largely to her efforts, British women became eligible for the first time to enter the medical profession and to sit for university degrees. 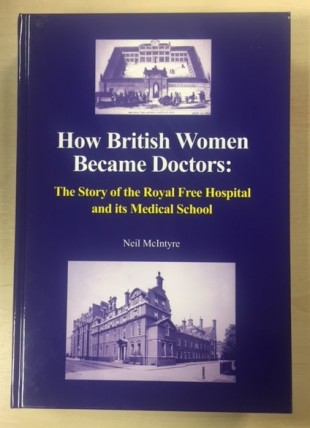 In 1874 she founded the London Medical School for Women (LSMW), the first such school in Britain. Three years later the Royal Free Hospital (RFH) agreed to accept LSMW’s students for clinical training, thus becoming the first hospital in England to admit women medical students.  Inevitably the fates of the two institutions became inextricably entwined and Professor McIntyre – a keen medical historian – decided to write their joint history. The book also covers the story of women in medicine from ancient times and also indicates how the early success of the joint venture between LSMW and RFH facilitated the admission of women to other medical schools and led to more and more opportunities becoming available for the employment of women doctors. After a long gestation period ‘How British Women Became Doctors: the story of the Royal Free Hospital and its Medical School’ was, with the support of UCLB*, self-published (to keep the purchase price down).

Professor McIntyre entered the Royal Free Hospital as a research fellow in 1963. In 1999 he retired having been Professor of Medicine and Vice-Dean at the Medical School, and remained a continuing trustee of the school for ten years following its merger with UCL in 1998. 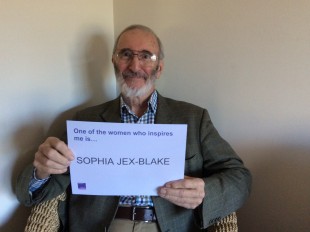 All profits from the book will be donated to the Royal Free Library and the London Metropolitan Archives (which now holds the archives of the School and Hospital) to help them with the preservation, repair and promotion of the documents Professor McIntyre used in writing his book.

The book also details the early history of UCL Business which was incorporated in 1993 as Freemedic PLC as the wholly owned subsidiary of The Royal Free Hospital School of Medicine which merged with UCL in 1998.

If you would like to purchase a copy of How British Women Became Doctors: the story of the Royal Free Hospital and its Medical School, please contact the Royal Free Medical School Library: https://www.ucl.ac.uk/library/libraries-and-study-spaces/royal-free-hospital-medical-library-ucl-library-services

About UCLB
UCL Business PLC (UCLB) is a leading technology transfer company that supports and commercialises research and innovations arising from UCL, one of the UK’s top research-led universities. UCLB has a successful track record and a strong reputation for identifying and protecting promising new technologies and innovations from UCL academics. UCLB has a strong track record in commercialising medical technologies and provides technology transfer services to UCL’s associated hospitals; University College London Hospitals, Moorfields Eye Hospital, Great Ormond Street Hospital for Children and the Royal Free London Hospital. It invests directly in development projects to maximise the potential of the research and manages the commercialisation process of technologies from laboratory to market.

We use cookies to help us improve your user experience. Find out more