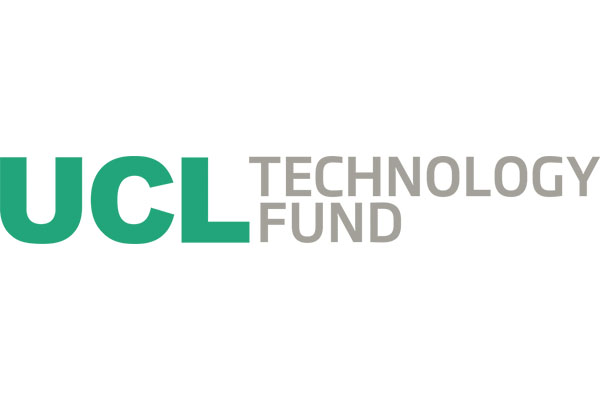 UCL (University College London) is today launching the UCL Technology Fund to invest £50 million in commercialising its world-leading research emerging over the next five years.

The Fund will be used to support academics whose research has commercial potential, with funding for early stage proof of concept, licensing projects and new spinout companies.

This is the first investment fund that UCL has launched to commercialise its multidisciplinary research and it will support innovations from academics in all areas of the university, including life sciences, engineering and information communication technology.

The Fund will provide both financing and support to take projects through the whole development journey from proof of concept to commercialisation. It will build on the success of UCL’s technology transfer company UCL Business (UCLB) in commercialising research from the university, by increasing the number of projects that can be supported and improving the financial return to the university.

UCL is ranked number one for its research strength in the UK’s recent Research Excellence Framework and has a long track record of developing thriving businesses through UCLB.

UCLB has launched over 60 spin-out companies to commercialise intellectual property developed by UCL researchers. Recent UCLB spinouts include Freeline, which is developing gene therapies for blood disorders and Autolus, which is developing cancer immunotherapy treatment.

Another spin-out, Senceive, provides wireless monitoring solutions to the construction and railway industries while Mediagamma is an innovative advertising technology company.

UCL has secured funding from the European Investment Fund (EIF), one of the largest providers of venture investment in Europe, and from Imperial Innovations (‘Innovations’), a leading UK public technology commercialisation company.

EIF and Imperial Innovations have each committed £24.75 million to the Fund, which will have an initial investment period of five years. EIF’s contribution to the UCL Technology Fund is supported by the Investment Plan for Europe.

The Fund will be managed by Albion Ventures, one of the UK’s largest independent venture capital investors. Albion is also contributing to the Fund. Albion will draw on the experience of UCLB to ensure the Fund meets financial targets as well as objectives set by UCL for broader society and economic impact.

Cengiz Tarhan Managing Director of UCLB, said: “This is an excellent validation not only of UCL’s research but of UCLB’s experienced team. We look forward to working together with Albion Ventures, EIF and Imperial Innovations ”.

Dr Celia Caulcott, Vice-Provost (Enterprise) at UCL, said: “UCL has an impressive track record of commercialising our research through licensing and spin-outs and the launch of the UCL Technology Fund underlines our long-term approach towards investment. Together with our partners, we will ensure UCL continues to maximise the commercial opportunities of its innovative and ground-breaking research, with the aim of benefitting society as a whole and producing economic impact. The Fund exemplifies UCL’s Grand Challenges strategy which brings expertise from across UCL and beyond to solve key global problems.”

Russ Cummings, Chief Executive Officer at Imperial Innovations, said: “The quality of research at UCL means that there is already a wealth of opportunities to be exploited and this will provide even greater level of resources to UCLB to increase throughput. We expect our participation in this new fund will lead to a significant increase in our rate of investment in UCL related spinouts to which we will have access via our role in this new fund.”

Pier-Luigi Gilibert, Chief Executive at the European Investment Fund, said: “The UCL Technology Fund is the first fund backed by the EIF that focuses on proof of concept funding, licensing agreements and companies spun-out from across all academic disciplines from UCL. Good science is essential for successful technology transfer and UCL is a leading source of scientific research. We are pleased to join forces with Imperial Innovations to be part of this exciting new initiative.”

About UCL (University College London)
UCL was founded in 1826. We were the first English university established after Oxford and Cambridge, the first to open up university education to those previously excluded from it, and the first to provide systematic teaching of law, architecture and medicine. We are among the world’s top universities, as reflected by performance in a range of international rankings and tables. UCL currently has over 35,000 students from 150 countries and over 11,000 staff. Our annual income is more than £1 billion.

UCL Business PLC
UCL Business PLC (UCLB) is a leading technology transfer company that supports and commercialises research and innovations arising from UCL, one of the UK’s top research-led universities. UCLB has a successful track record and a strong reputation for identifying and protecting promising new technologies and innovations from UCL academics. UCLB has a strong track record in commercialising medical technologies and provides technology transfer services to UCL’s associated hospitals; University College London Hospitals, Moorfields Eye Hospital, Great Ormond Street Hospital for Children and the Royal Free London Hospital. It invests directly in development projects to maximise the potential of the research and manages the commercialisation process of technologies from laboratory to market.

About Imperial Innovations – www.imperialinnovations.co.uk
Imperial Innovations Group plc (“Innovations”) creates, builds and invests in pioneering technology companies and licensing opportunities developed from outstanding scientific research from the ‘Golden Triangle’, the geographical region broadly bounded by London, Cambridge and Oxford. This area has an unrivalled cluster of outstanding academic research and technology businesses, and is home to four of the world’s top 10 universities, as well as leading research institutions, the cream of the UK’s science and technology businesses and many of its leading investors.

Innovations supports scientists and entrepreneurs in the commercialisation of their ideas, through the licensing of intellectual property, by leading the formation of new companies, by recruiting high-calibre management teams and by providing investment and encouraging co-investment. Innovations remains an active investor over the life of its portfolio companies, with the majority of Innovations’ investment going into businesses in which it is already a shareholder.

Since becoming a public company in 2006, Innovations has raised more than £346.0 million of equity from investors, which has enabled it to invest in some of the most exciting spin-outs to come out of UK academic research. In addition, the Group has agreed £80.0 million in loan facilities from the European Investment Bank (EIB).

About European Investment Fund
The European Investment Fund (EIF) is part of the European Investment Bank group. Its central mission is to support Europe’s micro, small and medium-sized businesses (SMEs) by helping them to access finance. EIF designs and develops venture and growth capital, guarantees and microfinance instruments which specifically target this market segment. In this role, EIF fosters EU objectives in support of innovation, research and development, entrepreneurship, growth, and employment. EIF’s total net commitments to private equity funds amounted to over EUR 8.8 billion at the end of 2014. With investments in over 500 funds, EIF is a leading player in European venture due to the scale and the scope of its investments, especially in high-tech and early-stage segments. EIF’s guarantees loan portfolio totalled over EUR 5.6 billion in over 350 operations at end 2014, positioning it as a major European SME guarantees actor and a leading micro-finance guarantor. About the Investment Plan for Europe

About Albion Ventures
Albion Ventures is one of the larger venture capital investors in the UK with funds of around £350 million. The business was founded 20 years ago and has over 30 staff. One of its core areas of investment expertise is healthcare, with concentration on medical technology and life sciences. Albion has had a relationship with UCL since 2001. http://www.albion-ventures.co.uk