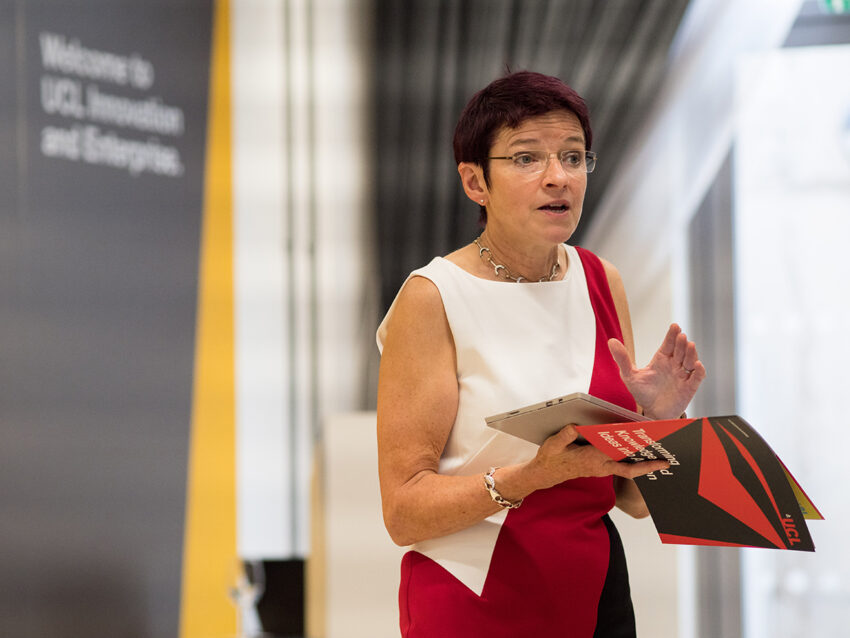 Dr Celia Caulcott steps down as Vice-Provost (Enterprise), after five and a half years leading Innovation & Enterprise activity for UCL.

Throughout this time, Celia has played a fundamental role in growing the entrepreneurial landscape for the UCL community. Providing an environment that nurtures the ideas and innovations of its entrepreneurs, where they can make true impact with their research.

Some key achievements since Celia’s time in post include:

Celia was also instrumental in the development of Portico Ventures – UCLB’s commercialisation model for non-patentable IP. Since its inception, some of its spinouts such as Odin Vision and HumanLoop, have gone on to make impressive progress in a short space of time.

Anne Lane, CEO, UCLB comments: “Throughout her time at UCL Celia has played a central role in fostering an environment that allows UCL’s entrepreneurial community to flourish. The achievements stemming from the last five years are a great illustration of what can be achieved when a university encourages good connections and networks for its academics to utilise. We wish Celia all the very best for the future.”

As she steps down as Vice-Provost (Enterprise), Celia pays tribute to UCL’s enterprising community, in this article.