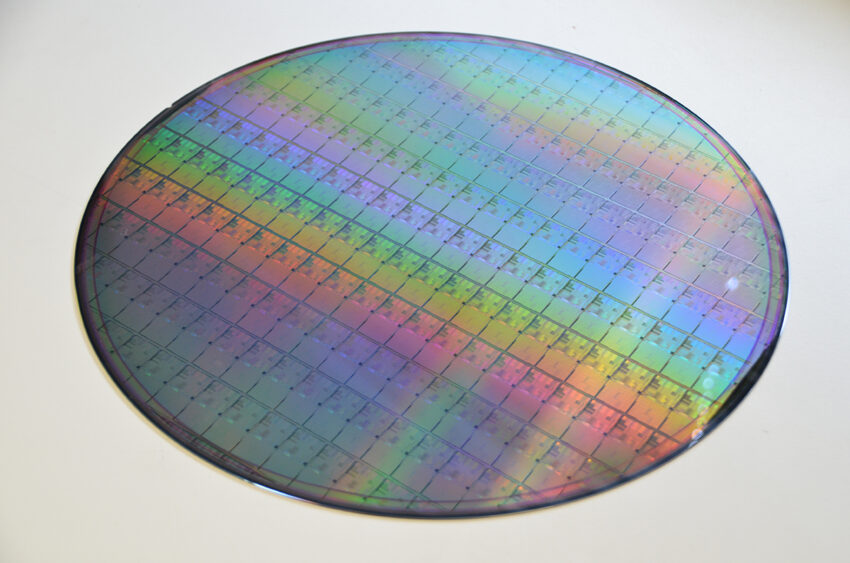 Memory performance is a limiting factor in nearly all current and emerging computing applications and Intrinsic’s technology will address this through superior performance while adhering to well established and low-cost manufacturing techniques. Non-volatile memory is used in a large and ever-increasing range of electronic products. It is the permanent memory used in smartphones, laptops, USB sticks, cameras, SSD hard drives etc. and today it is based on the technology known as ‘Flash’ memory.

At the heart of Intrinsic’s revolutionary technology is a ‘memristor’, also known as ReRAM or RRAM, invented by the company’s founders, Professor Tony Kenyon and Dr Adnan Mehonic, eminent researchers in the field of nanoelectronics and materials science. Supported by commercialisation arm UCL Business, they spun out their research to create Intrinsic.

Due to the incompatibility with the current manufacturing processes, it is very difficult and costly to integrate Flash memory technology in the same semiconductor chip as the processor. This limitation severely impacts power consumption, increases cost, and is hampering the development of new applications in the Internet of Things (IoT) and Artificial intelligence (AI); areas which require lower power, more performance and higher memory capacity.

Intrinsic’s novel memory technology is based on the same materials as the CMOS chip itself, such as silicon oxide, which removes a key limitation and changes what is possible. Intrinsic’s memory is easier to integrate and inherently faster and more power efficient than Flash. This technology will provide a huge improvement to the power consumption and cost of future devices that will drive an increasing range of everyday products and services.

“Existing memory technologies, such as Flash, are reaching the limits of their capabilities – particularly in embedded systems such as those we need in IoT devices. Intrinsic’s memristor technology will transform next generation systems by combining high performance with ease of integration in digital CMOS. By basing our devices on silicon oxide, we ensure that they are as simple and as cheap to integrate with silicon-based electronics as it is possible to be.”

“There is a huge potential market for new memristive technologies. Having seen the potential for new memory technologies to disrupt the sector in my time in senior roles at ARM and Imagination, I am excited to be working with two of the most prominent researchers in the field to bring the best memristor technology to market. This is an exciting invention from a leading UK university with the potential for truly global impact.”

“The overall performance of hardware we use for AI is determined and limited by the bandwidth and energy-efficiency of memory technologies. A fast, energy-efficient, cheap and scalable non-volatile memory that can be incorporated directly on a chip, such as our silicon oxide memristors, will significantly improve the performance, especially for energy-efficient edge computing. Furthermore, our technology could be utilised for analogue AI hardware accelerators currently in development and novel computing paradigms, such as neuromorphic and spiking-based computing.”

“The ground-breaking approach to creating digital memory being commercialised at Intrinsic will not only offer a solution to the bottleneck in current systems, but will allow the creation of new computing architectures for emerging sectors including artificial intelligence. IP Group is delighted to be part of Intrinsic’s journey from the outset.

“Intrinsic’s technology has been getting us very excited at the UCL Technology Fund. World class academic research with massive transformational potential for a problem plaguing the computing world and an industry leader at the reins is a brilliant setup. We’re delighted to be continuing to support the team on its journey!”

“We’re delighted and proud to see that Intrinsic, a UCLB spinout, is taking forward cutting-edge university research and pushing the boundaries of innovation for computer and electronic hardware. We look forward to seeing the company flourish.”

Find out more about Intrinsic.

Find out more about the UCL Technology Fund.