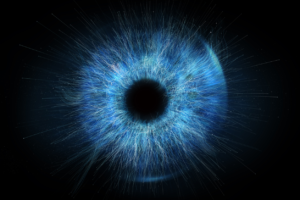 There are around 200-300 mutations that cause debilitating eye disease. Although each one is rare, together they affect millions of people around the world. Most patients with inherited retinal diseases (IRDs) end up legally blind by their teens or early adulthood, and IRDs are the commonest cause of blindness for working-age people in England and Wales. Until recently, the only option for most patients was to learn to live with their condition. But now gene therapies are being developed which could stop or even reverse disease in some cases.

X-linked retinitis pigmentosa (XLRP) is one of the diseases with greatest patient need, with no treatments currently approved for the condition. In XLRP, a defect in the RPGR gene means photoreceptors in the eye responsible for converting light into signals sent to the brain don’t work in the way they should. Around 1 in 40,000 people are affected by the disease which progresses from loss of night vision to tunnel vision to complete blindness.

A potentially curative treatment for XLRP is one of four clinical trials for IRDs being run by gene therapy company MeiraGTx Holdings plc, based on research carried out at UCL’s Institute of Ophthalmology. Michel Michaelides is the trial investigator and Professor of Ophthalmology at the University College London. He presented data to the American Academy of Ophthalmology 2020 conference, showing that the treatment was well-tolerated and demonstrated sustained or increased vision improvement in patients with XLRP:

“The fact that we’re actually seeing improvements in vision is very unexpected in many ways, but clearly game-changing.”

MeiraGTx’s origins date back to the founding of UCLB spinout company Athena Vision in 2015. The spinout was formed to develop and commercialise ocular gene therapy programmes arising from research conducted by Professor Robin Ali, Head of the Department of Genetics at the UCL Institute of Ophthalmology and a leader in the field of cell and gene therapy for the eye.

MeiraGTx acquired Athena as part of its formation, in the process building a fully integrated gene therapy company, with a focus on diseases in the eye, central nervous system and salivary gland. Rich Giroux, MeiraGTx’s Chief Operating Officer, explains:

“We wanted to build a company which could address multiple disease areas including both rare and common conditions. Our initial focus was on ocular disease, which was one of first areas where people saw the potential benefits of gene therapy. UCL had the strongest group globally in our opinion, so they were the preferred partner for us.”

The partners had a shared understanding that developing really effective therapies in this area would require a company with capabilities in preclinical development through to manufacturing and clinical development, which in turn needed significant investment. Early funding included support from the UCL Technology Fund (UCLTF) as part of a $70 million Series B investment round in 2017 to fund the continuation of its clinical trials. An initial public offering on the NASDAQ followed in 2018, which raised a further $75 million.

Today MeiraGTx is one of the only fully integrated gene therapy companies in the world that combines a technology platform, deep pipeline and manufacturing capabilities. For Rich, this is core to their success:

“We’re not reliant on contract research organisations or other partners to manufacture our therapies – we can do it all in-house. That’s a huge undertaking not just financially, but also in attracting leading talent.”

Their expertise encompasses viral vector design and optimisation, advanced gene therapy manufacturing processes, and technology providing temporal control of gene therapies, allowing them to be switched on and off to meet patients’ needs and dosing requirements. The company retains a close connection to UCL. Domiciled in the UK, many of MeiraGTx’s 250+ employees are London-based, at their head office near Moorfields Hospital or at their state-of-the-art GMP-licensed facility around the corner from Moorfields in London.

For UCL and UCLB, this dividend to ‘UK Plc’ is one of the key benefits of the partnership, alongside financial returns to the university, and – most importantly – patient benefit. Mark Fisher is Associate Director for BioPharm at UCLB, and manages the relationship with MeiraGTx:

“The partnership with MeiraGTx is a great example of UCLB’s strategic approach, helping to deliver significant inward investment to the UK, and bring some exciting technologies to market. By sharing in the early risk of developing these innovative treatments, UCLB plays a critical role in ensuring that UCL’s research can benefit patients across the world.”

The process to develop advanced treatments from first studies through to regulatory approval is a long one, typically taking eight to ten years to complete. One of the most significant challenges for rare disease therapies can be in recruiting patients to clinical trials. It is here that the collaboration with Moorfields – which has the largest database of patients with IRDs in the world – has been crucial. This advantage has helped enable MeiraGTx to develop the largest and deepest clinical pipeline in ophthalmology gene therapy globally. Rich states their vision for the future of IRD programmes:

“We have four ongoing programmes, with the first two moving to pivotal stage, and more scheduled to enter clinical studies next year. Our ambition is to become a commercial company so that we are generating revenues and most importantly moving forward these therapies to patients.”