“There has to be a better way”. So thought Marina Santilli when she joined UCL Business (UCL’s commercialisation company) and found that transacting low-value licensing tasks was taking up almost as much time as high-value ones.

With a background in product development, Marina set about developing a software solution to take the pain out of non-exclusive licensing for all the involved parties, reduce barriers for licensees and free up her time to focus on more interesting challenges. The result was e-lucid, a ‘click-through’ licensing platform which has proved so successful it’s now becoming a spinout company in its own right.

“The traditional approach to negotiating a licence for university IP was designed around patent exploitation and exclusive licenses. Using the same process for something like a software license which might only cost a few hundred pounds just doesn’t stack up,” says Marina.

Time-heavy, back-and-forth negotiations mean many universities either exploit only a small fraction of these opportunities, or ignore them altogether in favour of bigger deals. But in doing so, they miss out on potentially significant income from the IP ‘long tail’.

According to the long tail model, the aggregate value of many small, non-exclusive licence deals can match or even exceed the combined value of fewer high-value exclusive licence deals. José Fernandez, product lead for e-lucid, has figures that prove the theory: “We’ve got nearly 20 universities using the platform now, and they’re generating for themselves annual revenue of over $80,000 on average from products they wouldn’t otherwise have licensed. Some are making much more.”

At the University of Sheffield, it’s the ability to offer products and licenses on a “no-negotiation” basis which has made the difference, says Head of Impact and Intellectual Property, Andrew Hogben:

“We’ve previously found it hard to justify investing time in commercialising IP with lower monetary value because the opportunity cost was too great. E-lucid handles the contracting, approvals and payment and helped us to promote a number of products that otherwise would have sat on our shelves”.

Although e-lucid started by transacting software, the platform can be used to license a vast variety of Intellectual Property (IP) assets, allowing technology transfer offices (TTOs) to exploit the full range of a university’s intellectual and creative output.

“Once people start using the platform, we often see them starting to engage with arts and humanities departments, which are typically relegated in TTOs,” says José. “Suddenly there’s a realistic opportunity to commercialise things like processes, images and teaching materials, which opens up new departments and new avenues for knowledge transfer.”

And the quirkiest thing he’s seen licensed on the platform? “Probably the canine scales, which are a psychological tool for assessing the wellbeing of dogs.”

With such variation in scope, universities can customise how they use it to fit their commercialisation strategy. They can also choose different options to suit their stage in the express licensing journey. E-lucid can be licensed for an annual fee or for a small percentage of commercial transactions – allowing people to start small and test how it works for them before making a bigger commitment.

As the platform is hosted and supported by e-lucid, there is no demand on internal IT resources. And a tailored ‘storefront’ means e-lucid functions effectively as a marketing portal. 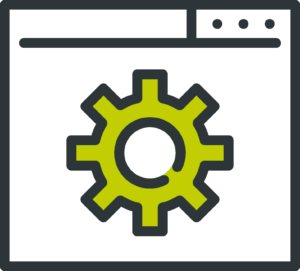 Charles Mycroft, Contracts and IP Officer for the University of Lincoln, says they’ve achieved a significant increase in the number of licences granted and a greater understanding of their global audience:

“Particularly from a non-STEM perspective, e-lucid has enabled us to showcase our IP in a much more structured and accessible way. The platform is very easy to navigate and mirrors the University’s branding. So far it has been a pleasure to use and being web-based has enabled us to maintain and grow this service while working remotely.”

A case study in impact

As well as generating income from otherwise neglected IP, e-lucid customers are realising big savings on the ‘opportunity costs’ of processing non-commercial transactions.

“Only about seven per cent of transactions through e-lucid are income-generating,” according to José. “A big proportion of the remainder are things like research-use licences which many TTOs devote a lot of resource to, but which don’t contribute to the bottom line.”

Many non-commercial activities play a vital role for universities in meeting their impact agenda. And here e-lucid really comes into its own. In 2020 at the start of the COVID-19 pandemic, UCL academics, UCLH doctors and Mercedes Formula One engineers reverse-engineered an off-patent life-saving breathing device. With the potential to help patients around the world, UCL Business decided to share the designs and manufacturing instructions free-of-charge – but it was crucial to do it in a controlled way. 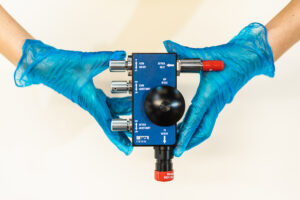 The UCL-Ventura device became the perfect demonstration of e-lucid’s potential. A bespoke version of the platform was up and running within days. Within 48 hours of going live, it had received over 800 licence applications for the blueprints, and at its peak was handling two applications a minute. What would have taken a prohibitive amount of manpower to manage via a traditional licensing route was not only proved feasible, but has continued to pay dividends. The academic team have awarded over 2,000 licenses via e-lucid, managing and communicating updates, and developing ongoing networks with teams building the device according to their blueprints around the world.

With an award-winning product and a growing roster of customers, spinning out was an obvious next step for the e-lucid team. And after all, what better advert could there be for a TTO than commercialising its own innovations? On a practical level, with six staff members based in three different countries, moving forward as a separate company will give greater flexibility to grow and develop.

“We’re fundamentally quite a different operation to UCLB,” explains José. “The skill set of the team and the risks we have as a company are quite distinct from a TTO, from developing robust software and staying on top of cybersecurity threats, to providing a 24/7 response for customers around the world.”

The team plans to grow its customer base, develop new features for different markets, and continue to ensure that the product is stable and robust. But while e-lucid may be going its own way, it will stay true to the values inspired by its origins in the university sector – including an ongoing emphasis on impact.

“One of the things I’m most excited about is our plans to launch a free tier of e-lucid. I’m from Mexico, and for a small university here it could be quite a significant chunk of their budget to use the platform. But when you’ve seen how transformative effective knowledge transfer can be, you want to spread those benefits as widely as possible.”