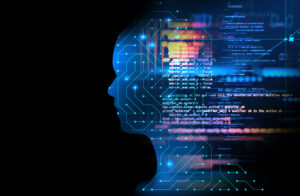 The idea for Satalia arose when Daniel was studying for his doctorate in AI at UCL’s Department of Computer Science. Exploring these ideas with Professor Anthony Finkelstein and Dr Alastair Moore, later to become his co-founders, Daniel decided to build a program running the newest optimisation algorithms (a form of AI) being developed in academia. The aim for the software was to help companies more efficiently solve complex problems of the type that humans and traditional simulation techniques struggle with, from working out the best delivery routes to allocating staff time across projects.

In 2007, AI didn’t have the mainstream recognition that it has today. But Daniel found support for his fledgling idea among UCL’s Innovation & Enterprise teams. Marina Santilli, Associate Director of Physical Sciences and Engineering at UCLB, recalls meeting Daniel at her first day with the company:

“We were introduced to Daniel by Anthony Finkelstein who was Head of Department at the time and being very entrepreneurial himself, felt Daniel’s idea was worth exploring. UCLB awarded the team proof-of-concept funding to build a prototype. In parallel, market research was carried out to try to identify industry verticals that could benefit from the proposed service offer. It was a very collaborative project; I was effectively working as part of the founding team at that stage, introducing and meeting potential end users, then when we formed the spinout company, offering a wide range of business support.”

Despite the technology’s potential, Daniel didn’t feel that the VC route was right for Satalia, but won an award from UCL Enterprise in the form of a loan. He also won a prestigious Kauffman Enterprise Fellowship which gave him six months’ experience of working on his business alongside mentors across the US and in Silicon Valley. Satalia’s core offering was the ‘SolveEngine’, a self-service tool which could be used to tackle any type of industry optimisation problem. As a platform technology, it offered huge potential, but without an identified business vertical to target, securing users was difficult. However, Daniel continued to grow a skilled team to deliver a number of small projects, building the credentials that helped them win a significant contract with Tesco to plan and build a complete driver routing system for its home delivery service.

A van delivering to 24 locations has trillions of different route options – 620,448,401,733,239,000,000,000 to be precise. Consequently, finding the optimal route in even this relatively ‘simple’ scenario would take a computer billions of years. Add one more location, and that number becomes 25 times larger. Then throw in real-world factors like shift patterns, vehicle capacities and customer preferences, and the complexity of the problem grows exponentially.

It’s these exponentially hard efficiency problems that Satalia’s expertise and systems are designed to solve. Working with Tesco, the team built a vehicle routing and scheduling system that could factor in a whole range of specific requirements and business rules, from vehicle shift patterns and lunch breaks to order weights and road speeds. The result is a system which offers real-time optimisation. As a customer requests a delivery slot, it analyses their basket size, driver availability, vehicle capacity and travel time – all within less than a second – and returns only the feasible slots for booking. For Tesco, that means cost savings and less environmental impact from vans travelling fewer miles, time saved for staff, and improved customer satisfaction as shoppers get a better choice of time slots, and more reliable deliveries.

The successfully-delivered contract with Tesco was a turning point for the fortunes of the company and other large business contracts followed. Satalia Delivery system is now one of the company’s core products, alongside Satalia Workforce, which allows employers to optimise the allocation of their people across projects. Combining machine learning with optimisation sets them apart as a ‘true’ AI solutions company that delivers real improvements in operational efficiency.

“There are two definitions of artificial intelligence,” says Daniel. “The first and weakest is teaching computers to do things that humans can do, like communicate in natural language or recognise images. The second rests on a definition of intelligence as ‘goal-directed adaptive behaviour’. The question for me is how to make an organisation as adaptable as possible to achieve its goal, in as frictionless a way as possible. AI ultimately takes the friction out of things.”

While Satalia has certainly lived up to its early strapline, ‘we solve hard problems,’ their own goal is bigger, summed up in the desire to ‘maximise good’:

“We’re at an incredibly exciting and pivotal moment in human history, where we will experience exponential effects of AI. If we’re conscientious, then AI can help us create a fairer and freer society, and a world of abundance where the whole of humanity can prosper and thrive.”

Daniel’s passion and philosophy has led to a high profile; he is a regular speaker at TEDx and other fora. Many of his talks give an insight into how Satalia has itself been a test-bed for radical ideas.

Despite Satalia’s core team having grown to around 100 employees, with a further 250 or so in their wider ‘ecosystem’, the company is run without any fixed hierarchies – no managers, no set holidays, and with remuneration set through a system of peer evaluation. According to Daniel, their default is to have no rules, but make all data transparent:

“We try not to limit people’s freedom. But we surface the data to help them make better decisions. I like to think that in the 10 years that Satalia’s been around, we’ve never had to tell anyone what to do.”

The acquisition by WPP in August 2021 is a vindication of Daniel’s approach. Though details of the company valuation were not made public, Satalia’s worth to WPP is clear as a ‘one-stop-shop’ for the kind of AI solutions which can give its customers an edge in everything from marketing to operations and delivery. With a global client base, Satalia’s scope to maximise good looks set to keep growing.