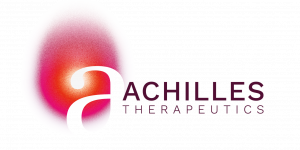 In recent years, immunotherapies have shown huge promise for treatment of cancers. But scientists faced two major challenges in developing effective treatments. The first was identifying how immune cells recognise and target tumour cells, and the second was understanding and responding to processes of evolution within tumours, which lead to cellular and mutational diversity. Treatments which target mutations present in only some parts of the tumour can mean the rest continues to grow, and in some cases becomes resistant to further treatments.

But now an exciting spinout company is bringing together world-leading expertise in tumour sequencing and immune response to develop a new type of personalised treatment for cancer patients. Achilles Therapeutics was founded on CRUK-funded research carried out by Professors Karl Peggs, Mark Lowdell, and Sergio Quezada from UCL, and Charles Swanton from UCL and the Francis Crick Institute. Since its creation in 2016, Achilles has made rapid progress in developing treatments which involve finding and amplifying a patient’s own T cells to fight cancer.

The technology is based on clonal neoantigens – a subset of tumour mutations that appear early in the development of cancer.

Targeting the clonal ‘trunk’ makes it possible to fell the entire ‘tree’ of the cancer, rather than pruning individual branches.

Achilles have developed a sophisticated bioinformatics platform to identify the clonal mutations for each patient’s unique tumour profile. Sequencing data is converted into a list of clonal mutations, which can be used to manufacture a powerful personalised treatment.

“What we found out is that those clonal mutations are very good at inducing T cell responses, and that they correlated with response to immunotherapy,” explains Sergio.

“When we analysed patients’ tumours in the lab, we found T cells that were able to recognise those clonal mutations. That was the Eureka moment – we realised that if we could grow those T cells to large numbers, we’d have the perfect bomb against tumours.”

In the second stage of the process, immune cells are taken from the patient. The protocol uses a ‘copy and paste’ approach to select and expand Tumour Infiltrating Lymphocytes (TILs) which are already programmed to target and attack the tumour. This enriched product is then reinfused into the patient, where it’s able to go to work attacking the tumour. Precision TIL therapies are being shown to induce a response from a single dose. 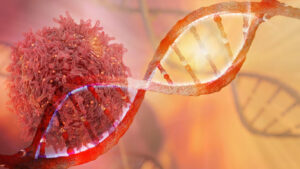 Taking the industry route for impact

Lung cancer causes over 35,000 deaths per year in the UK alone, whilst melanoma is the fifth most common cancer, accounting for a further 2,300 deaths per year. Currently, there are limited therapies available for patients with these diseases when other treatments have failed. With a large patient population and an urgent need for additional treatments, Achilles’ approach offers the prospect of significant clinical impact.

It was this potential which motivated the founding team to follow the spin-out route.

“It would have been very easy to get a grant and do a great academic clinical trial,” says Sergio. “A company would have come in and bought the data, and would have had to retro-engineer everything – and it would probably have failed.”

Taking a commercial approach was a harder route initially, but means that from the outset Achilles’ products have been designed to meet industry and regulatory standards.

“We started with cost of goods in mind, with a closed system in mind, and using only the reagents and materials that would go into a scalable process. The key decision we made was to take this less-travelled path in order to get higher impact and ultimately see more people treated.”

The founders’ goals were shared by the academic institutions and technology transfer organisations who partnered in creating Achilles Therapeutics.

Rachel Colman is the senior business manager at UCLB responsible for Achilles Therapeutics. “The journey for Achilles wasn’t straightforward, as there were a lot of parties involved. That means it’s a complex balance to ensure that there is the right degree of academic freedom, protections in place to support commercial investment and a focus on getting something developed as quickly as possible and into the clinic.”

Despite the complexities, these partnerships have ensured a strong foundation.

“My experience of working with UCLB and CRUK has been great. They’ve really listened and given amazing support,” says Sergio. That included careful interrogation of the basis for patent applications, and brokering relationships with investors as well as negotiating license deals.

For Sergio, the process has been one of personal as well as corporate growth: “Some things are very similar to doing science, but others are a learning curve. It has changed the way I pitch my research – it’s a different language, and you learn quite a bit.”

Successful Series A, B and C funding rounds culminated in an Initial Public Offering in April 2021. The Nasdaq listing raised $175.5m, and will allow the company to develop its next-generation processes as well as opening up several potential new indications for its existing treatments. The company now employs around 200 people in the UK and US across manufacturing, clinical and operational roles, including around 90 in its research and development function, which has become, says Sergio, “a machine of great ideas and innovation”. It adds up to an exciting future for Achilles. “This mix between academic work and entrepreneurial business is a great recipe for success. It’s difficult to manage, but if you hit the right balance between the science and the business, it’s the greatest way to have impact.”