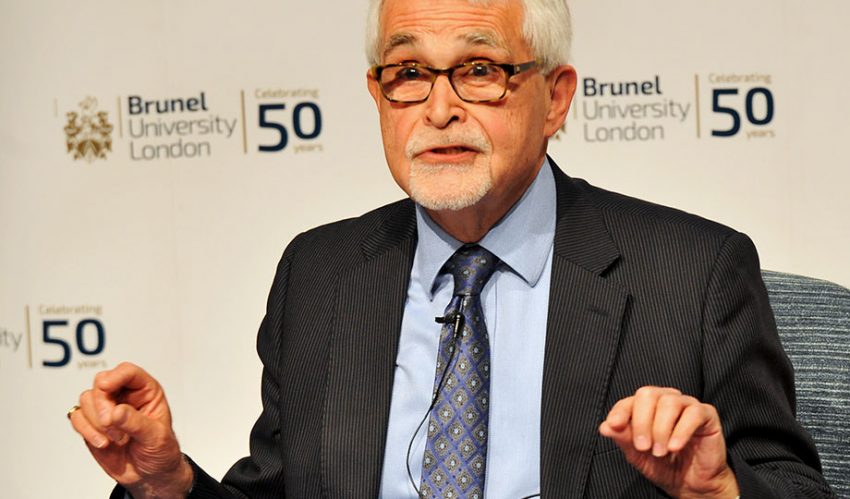 After a long and successful career, UCLB is happy to wish Professor Mike Spyer the very best as he formally retires as Vice-Provost of Enterprise on 1 May 2010.

Professor Spyer has been instrumental in raising the profile of entrepreneurial activities at UCL and everyone at UCLB will be sad to say goodbye.

Professor Spyer became UCL’s first Vice-Provost (Enterprise) in 2006 with a mission to develop UCL’s Knowledge Transfer strategy. As a neuroscientist Professor Spyer has extensive research accomplishments in the field of the central nervous control of the heart, circulation and ventilation. He has provided novel information on the mechanisms by which the nervous system controls heart rate and other indices of cardiac function, and how vascular resistance is regulated. His research has been supported generously by the Wellcome Trust, the British Heart Foundation, the MRC and the BBSRC.

Faced with new challenges in his capacity as the first Vice-Provost of Enterprise, Professor Spyer became involved in the exploitation of IP generated in UCL through his Directorship of UCL Business plc. He also chairs the Bloomsbury Bioseed Fund, a venture fund supporting several research institutes in London in addition to UCL, and has been a Non-Executive Director of several biomedical start-up companies.

Cengiz Tarhan, Managing Director of UCLB, said: “Mike has been great to work with; his personal involvement and support for our activities has been immense. He has been on the Board since our early days as Freemedic, through the UCL BioMedica period and, more recently, as UCL Business. His knowledge and expertise will be greatly missed.”

Professor Mike Spyer commented: “I have been at UCL for 17 years and it has been an amazing experience. There have been opportunities to develop my research activities and I have also had major administrative roles at UCL, all of which has been complex and time-consuming, but incredible and enjoyable in many ways.”

“I am proud to be associated with Freemedic through to UCL BioMedica, which has now developed in to UCLB, and which I believe is a major player of technology transfer in the UK and the world. I look forward to observing UCLB’s performance over the next few years and I hope that the company will continue to deliver excellent returns, translating the research at UCL into products for society.

Professor Steve Caddick said: “Mike Spyer has been an inspiration to many of us at UCL and as Vice-Provost he has stimulated very considerable growth in Enterprise. As the new Vice-Provost, my aims will be to build on Mike’s achievements and to promote the Enterprise agenda for the benefit of UCL and the wider community.

“We know that in the coming years there will be significant challenges faced by UK Universities. However I am confident that, with the depth of talent of our students and staff, we are ideally placed to make a major contribution to the economic recovery of the UK. I will seek to stimulate further growth in a wide range of areas, such as student businesses, industrial research contracts, consultancy, licensing and social enterprise.

“There is an extraordinary breadth of exciting Enterprise activities at UCL and this is consistent with our standing as an internationally leading university. I look forward to working with the UCL community to deliver a world-class Enterprise agenda.’’