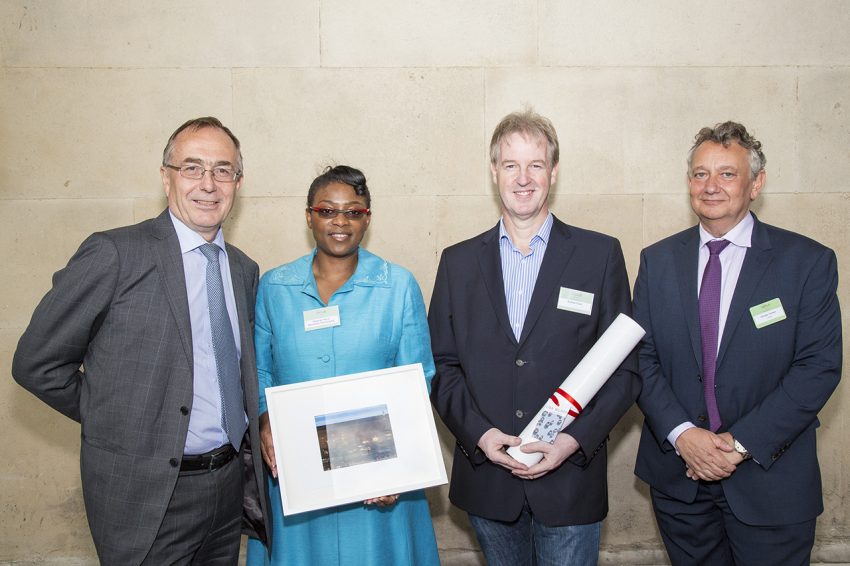 The evening was set against the backdrop of the neo-classical UCL Portico and the Flaxman Gallery. The event provided an informal networking opportunity for UCL’s researchers, guests of UCLB including representatives from UCL’s spinouts, industry, venture funds and many other collaborators to promote UCL Enterprise and demonstrate the benefits of technology and commercialisation taking place at UCL.

UCLB’s Managing Director, Mr Cengiz Tarhan, addressed guests and outlined some of the company’s major achievements over the last 12 months, including the creation of Autolus, a biopharmaceutical company, focused on the development and commercialisation of engineered T-cell immunotherapy products with extreme efficacy in treatment of life-threatening cancers.

Mr Tarhan then welcomed, the President and Provost of UCL Professor Michael Arthur, who spoke on the importance of technology transfer and UCLB’s successful role within the university.

About UCL Business PLC
UCL Business PLC (UCLB) is a leading technology transfer company that supports and commercialises research and innovations arising from UCL, one of the UK’s top research-led universities. UCLB has a successful track record and a strong reputation for identifying and protecting promising new technologies and innovations from UCL academics. UCLB has a strong track record in commercialising medical technologies and provides technology transfer services to UCL’s associated hospitals; University College London Hospitals, Moorfields Eye Hospital, Great Ormond Street Hospital for Children and the Royal Free London Hospital. It invests directly in development projects to maximise the potential of the research and manages the commercialisation process of technologies from laboratory to market.