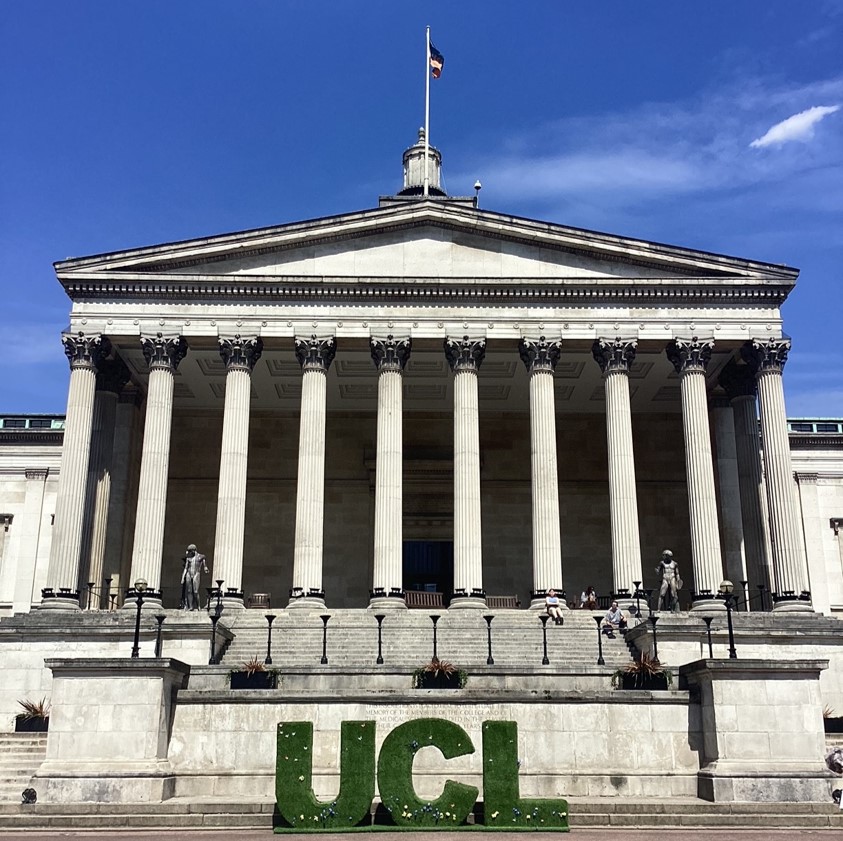 For the second year running, the KEF has placed UCL in the highest possible band for ‘Research Partnerships’, ‘Public and Community Engagement’ and ‘Intellectual Property and Commercialisation’.

The KEF celebrates the breadth of how English universities serve the economy and society, for the benefit of the public, business and communities. UCL’s strong performance underlines the university’s far-reaching, real-world impact that transforms lives nationally and internationally through our knowledge exchange activity. The results also highlight the strength of our research and business partnerships to drive innovation and support the national and local economy.

Professor Geraint Rees, UCL Vice-Provost (Research, Innovation & Global Engagement) said: “Knowledge exchange and working in partnership go hand-in-hand and are vital as we work together to address the very immediate challenges society now faces. Importantly the KEF reflects the breadth of ways that we work with partners and communities – through routes such as collaborative research and publications, consultancy, use of our equipment and facilities, plus regeneration around our UCL East campus, as well as creation of companies by our staff and students. We are proud of the diversity of ways that we work with external partners, and will use the KEF to reflect upon and develop our strengths.”

The KEF is based on data collected by universities from August 2018 to July 2021. It groups universities in like-for-like clusters based on factors such as their size, specialisation and level of research. UCL had sector-leading performances in its cluster of 17 large research-intensive institutions including the Universities of Oxford and Manchester.

One area that is thriving is UCL’s entrepreneurial community. It creates graduate startups that attract millions of pounds of investment, create jobs and spearhead innovation that boosts the UK economy. Between 2014 and 2021 UCL startups raised over £226m in investment and employed over 1,900 people.

An example of a social enterprise startup is ZNotes, founded by alumnus Zubair Junjunia. Zubair began to share his revision notes online after he became aware of the disparities in education provision. ZNotes has helped nearly four million students in 198 countries with free revision notes and other online content.

In 2021 Zubair received the Diana Award, one of the highest accolades a young person can receive for social action. In the same year ZNotes was recognised as one of the top 12 education technology startups in the UK in the 2021 Global EdTech Startup Awards (GESAwards). Zubair was also the youngest participant in the inaugural Facebook Community Accelerator in 2021.

We have also seen success with our spinouts, which solve complex global problems, attract investment into the UK and stimulate economic growth. Between 2014 and 2021, UCL spinouts raised over £2.2bn in investment and employ over 1,600 people.

UCL spinout Freeline Therapeutics specialises in pioneering gene therapy, building on the work of its founder Professor Amit Nathwani (UCL Cancer Institute). The biopharmaceutical company develops treatments for a wide range of liver-based diseases which have previously been under-served.

In summer 2022, Freeline released a groundbreaking study which found that a single gene therapy injection could dramatically reduce the bleeding risk faced by people with haemophilia B, a rare and inherited genetic disorder. The treatment can also vastly improve patients’ quality of life by removing the need for regular – often weekly – injections to control the disorder.

Our spinout and startup activity contributed to the recent report into UCL’s annual economic and social impact, which found that our research and knowledge exchange activity delivered £4.1bn to the UK economy in 2018-19. This meant that for every £1m that was publicly invested in research, UCL produced a benefit of £11.5m. This could only be achieved through impactful partnerships with business, charities, education and the public sector to solve complex problems, challenge our understanding and shape the world around us.

One key example of what working partnerships can achieve is UCL MotionInput, a project led by Professor Dean Mohamedally and his team of students in Computer Science. The team collaborated with Intel, Microsoft, IBM and the NHS to develop groundbreaking software that allows users to control their PC through their webcam using face and body movements.

The software could revolutionise the way that millions of people use computers by allowing those with mobility issues to easily interact with their PCs without the need to buy adapted computers and use pointer devices. It has been endorsed by charities including the International Alliance of ALS/MND Associations, which supports people with Motor Neurone Disease (MND) around the world.

A key theme for our knowledge exchange activity, particularly post-pandemic, is regeneration. Our investment in the Queen Elizabeth Olympic Park and its local community through UCL East is the biggest development in our nearly 200-year history.

UCL East is a founding partner of East Bank, a new powerhouse for innovation, creativity and learning on the park. East Bank aims to complement London’s major cultural and education centres such as the Knowledge Quarter which includes the main UCL campus and the cluster of museums and academic institutions in South Kensington.

Working in partnership with organisations including the V&A, BBC, UAL London College of Fashion and Sadler’s Wells, East Bank will bring 1.5m additional visitors to the park and surrounding area each year. It will create 2,500 jobs in Stratford and deliver a £1.5bn boost to the local economy, with around 4,000 students and 700 staff working together to collaborate with local communities and businesses.

UCL President & Provost, Dr Michael Spence, said: “Knowledge exchange has always been central to UCL’s mission, and I’m immensely proud this has been recognised through the KEF. Through partnering with businesses and other organisations UCL academics can use their expertise to solve complex challenges, delivering both economic as well as social benefit. Congratulations to all involved.”h