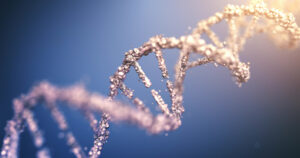 The journey that led to the formation of Orchard Therapeutics began with two doctors working at Great Ormond Street Hospital. Desperate for better treatments to help some of the children coming to the hospital with severe genetic disorders, Professors Bobby Gaspar and Adrian Thrasher began working on pioneering gene therapies in the early 1990s. Their research has the potential to transform the lives of patients with rare and devastating genetic conditions.

So-called ‘bubble baby’ conditions are inherited single-gene defects which lead to abnormalities in the way the immune system develops. In severe combined immunodeficiency (SCID), white blood cells are missing or don’t function properly, leaving patients without defences against infection. For Bobby, there was a compelling impetus to create new therapies:

“We were looking after these kids who either died of their disease or had to undergo treatments which have significant limitations.”

Bone marrow transplants provide a potential cure but can lead to life-threatening complications including graft versus host disease (where immune cells in the donor bone marrow attack the patient’s body) if bone marrow is not a close enough match. So, Bobby and Adrian turned to the emerging science of gene therapy for possible alternative treatments.

From science fiction to clinical success

At the time, this seemed to Bobby like almost ‘science fiction medicine.’ Haematopoietic stem cell (HSC) gene therapy involves taking a patient’s own blood stem cells. A working copy of the faulty gene is introduced into the cells using a disabled viral vector before the gene corrected cells are reinfused into the patient. The corrected stem cells are able to self-renew, and so effectively grow a new functioning immune system for the patient.

In 2001, clinical trials led by Bobby and Adrian were among the first to show the potential of this type of treatment to correct the faulty gene and recover the immune system in patients with X-linked SCID.

“It was incredibly exciting. The first patient we treated still comes back to clinic now with a functional immune system. The impact for him and his family was huge.”

For the duo, things took off from there. They developed investigational treatments for two different forms of SCID and built a portfolio of gene therapies for a number of diseases. Their work attracted substantial grant funding, and widespread interest, with the team getting referrals from patients around the world.

Over time, it was increasingly clear that it was no longer viable for it to remain in an academic setting.

“The results showed such potential that we wanted to treat larger numbers of patients. To make it more broadly accessible, it needed to become an approved medicine,” says Bobby.

In navigating the options to commercialise the project, they received significant help from UCLB, who were able to introduce them to several potential license partners and venture capital investors. Following discussions, a spinout company was incorporated in 2015, taking licenses from UCL and UCLA for the technology arising from their collaborative project.

David Phillips is Senior Business Manager for UCLB, working with UCL’s GOS Institute for Child Health and Orchard Therapeutics. He explains why UCLB support academics like Bobby and Adrian to commercialise their research:

“UCL is home to some of the world’s leading gene therapy experts. The experience we have in UCLB of working with researchers in this field means we’re well placed to spot the potential of new technologies. The team behind Orchard are doing really ground-breaking work, with the potential for very significant patient impact. So it’s very exciting to be part of bringing some of the first gene therapies to market.”

The decision to form a spinout company, rather than license the technology, was motivated by the desire to be able to influence its future direction. It was a choice that saw Bobby move into a full-time role at Orchard, initially as Chief Scientific Officer, then as CEO from 2020. During that time, the company has grown significantly. Orchard’s IPO on Nasdaq in 2018 raised $225m (£173m), and they now employ nearly 250 people globally, with a presence in London and Boston.

A strong pipeline of rare disease therapies includes a number of technologies licensed from GSK, which allowed the Orchard team to pursue programmes in a variety of disease areas. Orchard’s first treatment using this platform was approved by the European Commission at the end of 2020 and several other development programmes are in clinical trials. More recently, Orchard has also initiated development programmes in larger disease indications. Bobby explains:

“In the rare disease field, we’ve seen the potential impact this approach can have in some very severe neurodegenerative conditions. In conditions like MLD, where children lose the ability to walk and communicate, treated children have been able to develop normally. We thought, if it’s possible to prevent severe deterioration in these rare cases, then why can’t we use the approach for larger forms of neurodegeneration?”

As with Orchard’s earlier programmes, these more prevalent forms of neurodegeneration are also areas of high medical need for which HSC gene therapy has the potential to transform the lives of patients and their families.

“When we started back in the early 1990s,” says Bobby, “there was never any intention to become a company. Our goal was to bring the best and safest treatment to patients. Our approach has been successful, and it’s had a dramatic effect on patients’ lives in the clinical setting. Fundamentally, to be able to have that kind of impact is very rewarding.”

The commitment to helping those affected by disease is embedded in the company’s DNA. It’s an ethos that promises to drive many more exciting turns in Orchard’s journey.